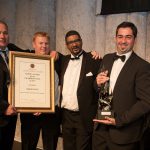 The new Veritas Vertex Award for the overall champion wine from 1 638 entries for the Veritas Awards 2017, stole the show among a record number of medals at the gala dinner last night (Friday 6 October) at the CTICC in Cape Town.

It was awarded to Spier 21 Gables Chenin Blanc 2015, a wooded wine, and added to the remarkable achievement of Spier Wines by winning six Double Gold and nine Gold medals as second best performer overall at the event.

The Veritas Vertex award for the top wine of the competition takes its name from the Latin vertex, which means ‘highest pont’ and it fits perfectly into the Veritas Awards notion of being the pinnacle of all the medals awarded. A handmade glass trophy, specially designed for the Vertex award winning wine, was presented to cellarmaster Frans Smit and his team from Spier.

The Best Performer by Entry title went to Neil Ellis Wines in the category for ten wines or less, while Distell also triumphed in the class for more than ten wines. 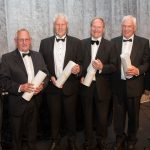 The Veritas gala dinner, held at the CTICC, was sponsored by Agri-Expo and SA Litho with celebrity chefs Pete Goffe-Wood and George Jardine adding their culinary flair to the feast prepared by Roberto De Carvalho, executive Chef of the CTICC.

A total of 71 Double Gold and 193 Gold medals were awarded.

In addition, altogether 32 producers won one Double Gold each.

The Veritas Awards attracted 1 638 medal contenders this year. The category statistics are as follows.

The six most fiercely-contested categories in terms of entries received, were: Red Blends (228), Sauvignon Blanc (174), Shiraz (169), Cabernet Sauvignon (139), Chardonnay (122) and Chenin Blanc (119). A total of 29 brandies were entered in three categories, Standard, Potstill and Vintage.

The full results are available online at www.veritas.co.za.

Six renowned palates from around the globe joined the Veritas jury this year:

UK-based Joe Wadsack currently co-hosts the British TV series BBC Food & Drink and is the new wine expert on This Morning on ITV1 with two other wine enthusiasts. Renowned for his brilliant palate, he is a regular international judge at wine competitions throughout the world, including the UK, South Africa, Australia, and Chile.

Nikita Nordstrom, a sommelier from Sweden joined Systembolaget, the Swedish monopoly in 2013 and is the buyer responsible for South Africa and Asia.

Michael Franz (USA) is the editor of Wine Review Online and Sommelier magazine, and a freelance contributor to numerous wine publications.  He has written nearly 300 articles as wine columnist for The Washington Post before helping found Wine Review Online.

Paula Bosch resides in Germany and was the first female German sommelier.  She is the author of a number of books including her latest one on German wine and food.

Jean Francois Joumier has worked in Cognac since 1980 and is a consultant for distillers around the world, including South Africa, Romania and Russia.

The entire judging process is independently audited by Deloitte.

Stay in touch via sosiale media 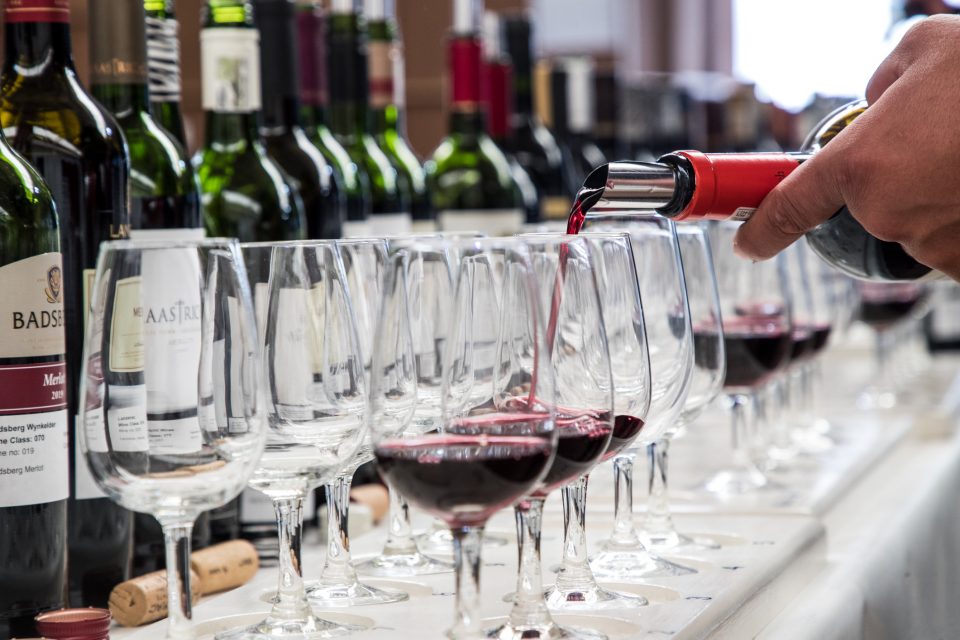