The search is on for SA’s best new wine writer

Spier Wines walked away with the top trophy at the 2021 Veritas Awards for its 2018 Spier Creative Block 5, a Bordeaux-style blend – where a record number of Double Gold medals were also presented to spontaneous applause, reflecting the rejuvenated wine industry mood.

Other stars of the event were KWV and Distell that clinched six Double Gold medals each, while Kleine Zalze and Spier were on their heels with four Double Gold each. KWV also took top honours in the brandy category, with the first perfect, 100-point score brandy ever entered, the KWV 15 Year Alambic Blend Potstill Brandy. The highlight in the wine category was the De Grendel Shiraz, in a 1.5L bottle, that achieved the first ever 98 points for a wine.

The results were announced at an informal luncheon in Paarl, like last year, featuring 88 Double Gold and 147 Gold medals amidst an atmosphere of excitement about the awarded wines and brandies following the crippling past two years’ Covid-19 pandemic restrictions.

The 2018 Spier Creative Block 5 blend netted him this “highest point” (vertex) hand-crafted glass trophy, named this year in honour of legendary industry role player Duimpie Bayly, who passed away in August. It is  the second time that a red wine clinches this top trophy since being introduced in 2017 under the Vertex Award banner,  as well as the second Bordeaux style blend that achieves this.  It is also the second time that Spier walks away with this trophy. All the Double Gold wines, with the exception of Fortified and Museum Class medals, are judged by a new panel on the last day for this award.

KWV and Distell produced excellent results this year with six Double Gold medals each – but KWV clinched 10 Gold medals, four ahead of Distell’s six Gold medals. Kleine Zalze and Spier were on their heels with four Double Gold and five Gold each.

See medal breakdown of top wines and brandies below.

Ground-breaking news was also announced at the awards function, namely that consumers will now have the opportunity to find more information on the bottles of the Double Gold and Gold medal-winning wines. The award stickers will in future display the score that the particular wine was awarded by the judges. For Double Gold the scores will range from 93 – 100, while those of the Gold winners will range from 90 – 92.

Said Veritas chairperson Christo Pienaar, “We believe that by revealing the actual score of these awarded wines, further credit will be given to the wines, the winemakers and their teams, including the viticulturists.”

Consumers can buy the Veritas Award-winning wines with confidence as all the entries to Veritas are monitored by the SA Wine Industry Information and Systems (Sawis) to comply with the competition’s strict rules. This includes verifying the various applicable documents and the Wine of Origin and bottling and labelling details.

Veritas Awards attracted almost 1 300 entries this year, which were judged by an authoritative jury of 64 local specialists during a five-day blind tasting session. The scaled-down panels consisted of three members each, in line with the strict Covid-19 protocols applied. Due to current travel restrictions no international judges participated this year.

Consumers are now able to buy the award-winning wines on the Veritas App. The Vice-chairperson of Veritas, Bennie Howard, says that they are thrilled by the phenomenal success of the Vino Veritas App by CTP.  “We launched this App last year to enable consumers to buy the award-winners directly online for door-to-door delivery by our partner, GetWine, and consumers were ecstatic with this service.”

This means that the wine- and brandy-buying public can download the App on their smartphones or PCs, access the results immediately and order any of the 235 products that won Double Gold or Gold at the 2021 Veritas Awards. Register on Android or Google with the words “VinoVeritas by CTP”.

Good news for consumers is that a number of tastings of the Double Gold and Gold wines are planned for the next four months, depending on restrictions applying under the latest Covid regulations. These tastings will be announced in the press, social media and on the website.

The Veritas tradition of annually honouring industry leaders that was instituted in 2009, was continued this year after being held back last year due to Covid regulations. Hereby seven luminaries received the 2021 Living Legend Scroll of Honour for their dedication to and enthusiasm and passion for the local wine and brandy industries. They are Kowie du Toit, Celia Gilloway, Marius Labuschagne, Carel Nel, Johan Pienaar, Erica Platter and Don Tooth.

THE TOP ACHIEVERS WERE:

In the class for Certified Heritage Vineyard Wines, the 2020 Bellingham The Bernard Series Old Vine Chenin Blanc Limited Release, won a Double Gold award in this class for vineyards older than 35 years.

The seven most keenly contested categories in terms of entries received were: Red Blends (166), Sauvignon Blanc (150), Cabernet Sauvignon (110), Shiraz (107), Chenin Blanc (104), Chardonnay (93) and Pinotage (86).  A total of 24 brandies were entered in three categories: Standard and Potstill.

Stay in touch via social media

Stay in touch via social media 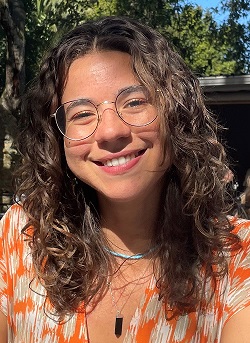