The Veritas Awards results announced today to spontaneous applause, reflected the mood of winemakers, viticulturists, marketers and other industry role players during a particularly difficult year – conveying a new sense of excitement and trust in the future of the awarded wines and brandies.

The results were announced at an informal luncheon in Paarl, instead of the customary annual gala dinner, where three wineries clinched three Double Gold awards each, while seven excelled with two Double Gold awards.

The Veritas Vertex Award for the overall champion wine from almost 1 300 entries for Veritas this year, was won by KWV The Mentors Orchestra 2018 (a Bordeaux style blend) –  representing the climax of proceedings at the scaled-down awards function under strict Covid-19 protocols at the Polo Club at Val de Vie Estate in Paarl on Saturday 14 November.

The hand-crafted glass trophy was handed over to KWV senior winemaker Izelle van Blerk. It is the first time that a red wine wins this top trophy since first being awarded in 2017.

The Veritas Vertex Award derives its name from the Latin word vertex, which means “highest point” and it perfectly represents the Veritas Awards’ objective of crowning the best wine at the peak of all the medals awarded.

Part of the excitement at the Veritas Awards luncheon today also lay in the activation of the new, specially developed VinoVeritas by CTP App – which will immediately make the coveted Veritas Gold and Double Gold medal winning wines and brandies available for easy, online ordering and delivery to buyers’ doorsteps. This is a first for wine competitions in South Africa by Veritas, South Africa’s oldest and most authoritative competition for market-ready wines and brandies.

A prospective wine buyer will from today be able to simply download the app, register and then place orders – thanks to a ground-breaking collaboration between the organisers’ (the SA National Wine Show Association – SANWSA) and CTP Packaging, Getwine and Cognition FoneWorx.

“This is a proud moment in the 30-year history of Veritas that we can launch such a unique app that will benefit both the South African wine industry and the consumer,” said SANWSA chairperson Christo Pienaar.

This, he emphasised, follows the Awards’ achievement of implementing a world-leading wine judging sanitation system (in collaboration with Tharo Wine) by employing advanced ultra-violet and ozone air-and-surface sanitation techniques  – in addition to comprehensive, specially formulated, protocols to ensure the most Covid-19 safe environment possible for the judges and personnel involved.

An authoritative jury of 64 local specialists, scrutinised candidates for Veritas fame during a marathon five-day blind tasting session. The scaled-down panels consisted of three members each, also to be in line with the strict Covid-19 protocols that were in place during the judging. Due to the travel restrictions caused by the Covid-19 pandemic, no international judges could participate this year.

The entire judging process was audited by LDP auditors.

Due to the restrictions on gatherings, no countrywide tastings will be held this year and they are being put on ice until next year, as is the case with the tradition to honour role players as Industry Legends. 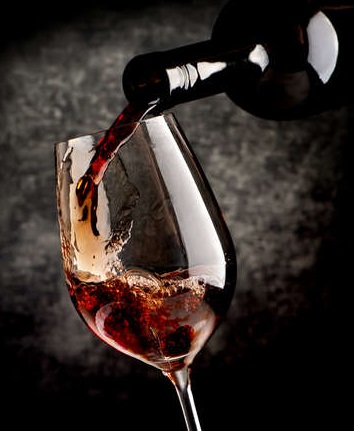